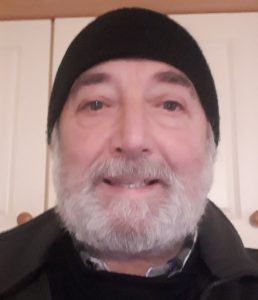 On the 1st January each year it is tradition on Lough Gill Co. Sligo and some other fisheries for anglers to adventure out and try to catch the first salmon of the year in Ireland.
New Year’s Day on the 1st January 1984, I launched my boat at day break. One had to be out as early as possible to be in with a chance of being the distinguished angler to catch the 1st Salmon to have it reported on national news.
After fishing a while at lunchtime, I pulled into the shore, followed by another boat with 4 angling friends and we had lunch. The conditions on the lake started to get rough and we saw a boat in the water bobbing up and down in the rough waves. I commented to my 3 friends “sooner them out there than us” they grinned.
Conditions settled a bit and we all set sail again. Suddenly I heard the noise of my fishing reel screaming and saw my fishing rod uncontrollably jerking. “FISH ON”. I knew it was a salmon. A chance of a lifetime. After an exciting battle I landed the salmon into the boat weighing 10 lbs.
I went home and reported it to the national radio RTE, and it was acknowledged as being the 1st Salmon caught that year. It was reported on the national news that evening.
Later on that evening I attended a neighbour’s New Year’s party. I went outside to the front of the house and sat on the wall for some fresh air. By coincidence I met one of my angling friends coming along, John Mc Loughlin whom I had lunch with on that day. He congratulated me on my lucky catch. He asked me what I will do with the fish. Traditionally in Sligo the first fish was given to the Bishop but that goodwill had perished over time. I said it will be shipped to Dublin by train and put up for auction on the open market, and hopefully fetch a very high price it being the 1st fish of the year. And that it did. It fetched £160 to my delight. I asked John would he enjoy a drink with me before he went home. He agreed and we chatted about that day and going fishing the next day. I said the weather forecast was bad for tomorrow, probably too windy to fish. I wasn’t going anyway. I had my trophy. He said they were going fishing up the lake anyway.
Little did we know John was having his last drink with me?
The next day John Mc Loughlin, his brother Patsy, Michael Rooney and Noel McGowan to their misfortune went fishing up on Lough Gill despite storm force weather warnings. In the extremely high winds their boat overturned. All four lost their lives, despite brave attempts by some anglers to help them in such rough water. None of them were wearing life jackets. The body of John and Michael were recovered by divers. Despite months of lengthy searches for the other two, they were lost to the lake. Remarkably the body of Patsy Mcloughlin was recovered ashore two years after the accident on the east end of Lough Gill. The body of Colm McGowan was never found.
I will always remember the joy and excitement of catching the 1st salmon in Ireland in 1984 and the shadow that hung over it following the tragic accident and loss of my dear friends to the waters of the Lough Gill.