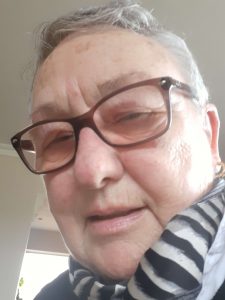 What lovely childhood memories I possess of the river that flowed at the edge of our farm. During the late forties and early fifties my curiosity about the river was never ending. The Clare, rose north of Ballyhaunis, meandered through Mayo and Galway, entering the Corrib at Annaghdown.
My river was the centre of our family life. It was the boundary between our farm and the
farm of the protestant family, that owned a large farm along its banks with fishing rights.
Fishing was an important practice, not always within the law. My memories of Christmas
eve were the salmon supper we had in anticipation of Santa coming. The salmon was caught by my father. There was talk of salmon caught in the dark and sold, which funded Christmas spending and the efforts made to avoid detection while fishing.
The warning of my parents, “Do not to go near the river” made me all the more inquisitive about it as I grew up. It became for me a place to escape to and wonder where it came from and where it was going to. I was sometimes sent to fetch the cows for milking and I took it as an opportunity to go and look at the river, avoiding the nettles and thistles. Watching the butterflies fliting about and the sound of birds singing in the trees nearby. Sometimes a
swan with her cygnets, followed by the cob would glide by, but my parents warning of the anger of the swan if she was disturbed made me hide among the tall reeds or hurry after the cows to bring them home.
One of my earliest memories of the significance of a river was when we were studying
geography in national school. The master was talking on about the ships that went up the Mississippi river to collect corn and bring it all over the world. My dad put corn in a sack and took it to the local mill on a donkey and cart. The mill was powered by my river. He took
home wheaten flour which my mother used in baking. Now I was hearing about ships going up a river and wondered why there were no ships on my river. I could not wait to get home and visit the river. I could see the bottom of my river and I wondered.
At times, I could walk across it stepping on stones to reach the neighbour’s field which had a hill. I loved to sneak to the top of the hill and admire the river from a height. The happiness and the joy from seeing the bright green trees slowly swaying in the breeze. Watching the golden rays of the sun illuminating the river with light. Observing the Kingfisher waiting to plunge from an overhanging branch, or the Grey Heron standing motionless in the river
waiting for an unsuspecting fish for supper. During Summer the Swallows flew low and fast over the river. I often wondered how they managed to see where they were going, they
were going so fast. Occasionally a fish would surface for air not to be seen again.
Each memory was in itself a treasured moment but it gave me joy and stillness to wonder at nature and the power of the river
On a recent visit to my river, I noticed the trees that had been home to singing birds had
been cut down. I felt the wind swirling around me as if to say, times have changed but
memories remain.

On a sunny day last year my husband, Jim, and I decided to go sailing. My sister Kath and her husband Tony joined us as they were visiting us at the time. Our sailing boat is a 30ft sloop and named Rockabill and is easy to manage. All four of us are pensioners and enjoy

The quay was more deserted then usual on my early morning dog walk. The chimneys empty of smoke, roads car free. The stunning view of the flood refilling the river, mists rolling back towards the ocean. A heron squawked and flew off when I got too close. It reminded me of a story I heard

My childhood summers were spent running wild with brothers and cousins and neighbours in rural Mayo. Jim Conway took us fishing. He was a farmer, a small wiry man who played cards, cycled everywhere on a large black bike and smoked roll ups he made with tobacco stored in a small tin which he retrieved

Ballymore Lough is a freshwater lough in the parish of Attymass Co. Mayo; the parish is nestled by the Ox Mountains to the east and the River Moy to the west with Nephin in the background, surrounded by rugged scenery and steeped in local folklore and myths. The lough is overlooked by Old Killeen graveyard